As previously reported, the popular anime publication Otakuzine Anime Magazine has announced that their flagship event, Ozine Fest, is set to return to SM Megamall’s Megatrade Halls in Mandaluyong City this month.

The organizers has announced that the entrance fee for Ozine Fest 2015 will be sold at PHP200 (about USD 4.50) per day, and it will be an on-site ticket selling, which means it will only be sold at the venue.

The organizers also announced the activities that is set to happen on the highly-popular three-day event, and there will be different areas for each activities, which is aside from the usual booth merchants, Maid Cafe and Anime figure displays.

Another area of the event is the “Matsuri Area”, which will have traditional Japanese festival activities like Gold Fish scooping, wish tree, balloon popping, target shooting area, and other Japanese related displays.

Another area of the event is the “Artist Area”, which will have a Graffiti Wall, Artist’s tutorials, and Indie Artists section. New and Pre-owned manga and artworks will also be sold on that area.

Other activities set to happen on Ozine Fest 2015 are console game tournaments, Weiss Schwartz and other card tournaments, and the Gundam caravan. There will also be trivia and karaoke contests on all three days. 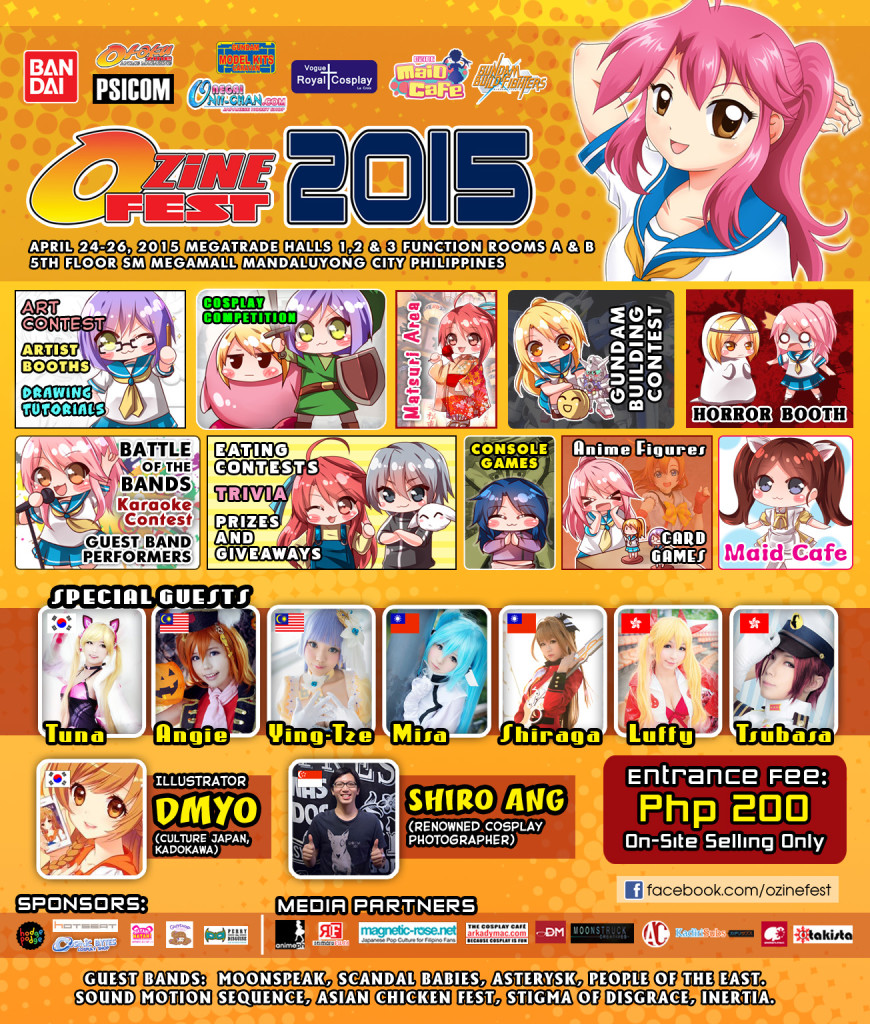 Ozine Fest 2015 happens on April 24-26 at the Megatrade Halls 1-3 and Function Rooms A & B of SM Megamall in Mandaluyong City.

For more details, plase visit their Facebook page at facebook.com/OtakuzineAnimeMagazine and facebook.com/ozinefest.

Anime Pilipinas is an official media partner of Ozine Fest 2015.